Fat ass on the chair
Breathing in the air
Meditating

Fat ass on the chair
Breathing in the air
Focussss…

Fat ass on the chair
Breathing in the air
Focussss….
Oh, I so want a fag
But John said I smell
like a discarded smoker’s lung
from a lung transplant
I could neck a bottle of Prosecco
I know I mustn’t crave
I’m like Satan
with a lighter fuel addiction
and a match
Focussss…

Fat ass on the chair
Breathing in the air
Focussss…
Oh shit, did I switch
the hair straighteners off?
And did I clean the toilet
and get some more air freshener
cos Sophie’s coming round
tonight
with her Irritable Bowels
Focussss…

And stop
And breathe
And open my eyes

Lettuce
Lettuce and tomato
Lettuce and tomato and cucumber
OOO, will I go all exotic and have a bit of couscous?
Do I want salad cream with that?
Mmmmm cream
Screw the salad bit
BUT I am beginning to look like
a giant marshmallow on steroids
With my belly that touches my knees
and my butt that says “OH PURLEEEEASE!”
SO

Lettuce
Lettuce and tomato
Lettuce and tomato and cucumber
OOO, shall I splash out and have some dressing with that?
Dressing
Depressing
Squeezing myself into death-wish dresses
Like a Zeppelin in a condom
Like a blamanche in clingfilm
Suffocating asthmatics
to a plus sized death
SO

Lettuce
Lettuce and tomato
Lettuce and tomato and cucumber
OOO, Will I live dangerously and have a bit of beetroot?
OOO, beetroot
The colour of my cheeks when I
get on the scales
Or the gang of teenage girls
snigger in their size 10 knock off Nike trackies
And I want to scream
“I was a skinny tart too, once!”
Or the tsunami when I dive into the pool
and cause a few fatalities
SO

Lettuce
Lettuce and tomato
Lettuce and tomato and cucumber
OOO that cake looks tempting
the chocolate is moist
and so am I
God, I’m bloody starving!
Just one bite…
Just another slice…
Oh, I’ve stuffed the whole cake! 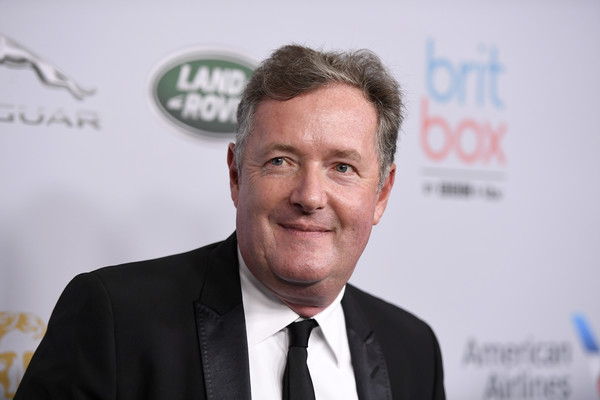 I was trolled on Twitter yesterday and although I know I should take it with a pinch of salt and not really care what others think, just be true to myself, it really unsettled me.

I wish I had his
villainous, acid tongue
That seared scars
Into fuckwits and enemies
I wish my tongue
Dripped impertinence
A cutlass assassin
Slitting verbal throats
For an
Extortionate
BBC fee

I wish I were
Piers Morgan
I wish

well I know it’s half a year away, but I was inspired to write a send up of the Great British Bake Off

It’s getting to that time of year again
When our screens are invaded by a farm load of corn fed, field raised, free range eggs
A flamboyant flurry of organic, gluten free flour
A gaggle of garish, gluten intolerant gastronomes
A marquee of muddling men and worrisome women, coyly craving culinary competitiveness
And an alert audience of deluded Mary Berry wannabees
Planning their abysmal attempts at:
Pavlova perfection when they hate the sight of strawberries
New York Cheesecake when they haven’t even been to Cleethorpes, let alone the USA
And those delicate little macaroons when they’re 6ft tall and built like a brick sh*thouse!

I can’t whisk an egg white till its stiff and peaky
I can’t nurture rice pudding until it’s thick and creamy
I can’t cook suet pudding whilst its hot and steamy
I’m about as much use as a chocolate fireguard and if there was such a thing I’d probably eat it.

The cooks on the TV mesmerise me
How can they be so creative?
How can they bake a cake the size of an Oompah Loompah native?
They sweat under pressure, with falling Tiramisu tears and tempestuous tantrums.
My three year old could whip up a trifle with more emotional stability
But these prodigies onscreen are making me doubt my ability
With their creative prowess and supernatural culinary agility.

They never cook chocolate sponge and pink custard, like at school, do they?
Or cornflake tart with custard as lumpy as a teenager with raging acne?
They never cook rice pudding with skin so thick you could wear it as a raincoat when you were a kid cos it’s all you could afford
Or Hot Cross Buns you scoffed at Easter and offered up to the good Lord.

I want to switch off the telly in abject disgust
I want to knock off the smarmy presenter’s crown and his teeth with my fist to adjust
I want to throw away my cookbooks or burn them on an enormous fire
I want my cakes to caress hearts, I want my scones to inspire
But they’re dire, my toffee like a tyre, my meringues like barbed wire
All they are good for is a funeral pyre

So I’ll stick with my cake mix and add my eggs and flour
And leave the creative, innovative, stimulative contestants
To their magnificent, macaroon, f*cking towers.

Bit of fun about being plus sized:

Hello
It’s me in my plus size knickers
Nothing to do with my obsession with Mars Bars, Twix, Dairy Milk or Snickers

Hello
It’s me in my plus size bra
Looks like two sturdy zeppelins, fighting for justice in the second world war
Nothing to do with my glasses of chardonnay, bottles of prosecco, Bacardi and more

My plus size bra
Come people, my milkshakes bring all the boys to the bar
With cups like these my rebellious bosoms will never spill out, will never go far

Hello
It’s me in my plus size dress
Nothing to do with my strawberry trifle, extravagant cheesecake, chocolate roulade or Eton mess

My plus size body
For me means love
I don’t need no judgement
From below or above.