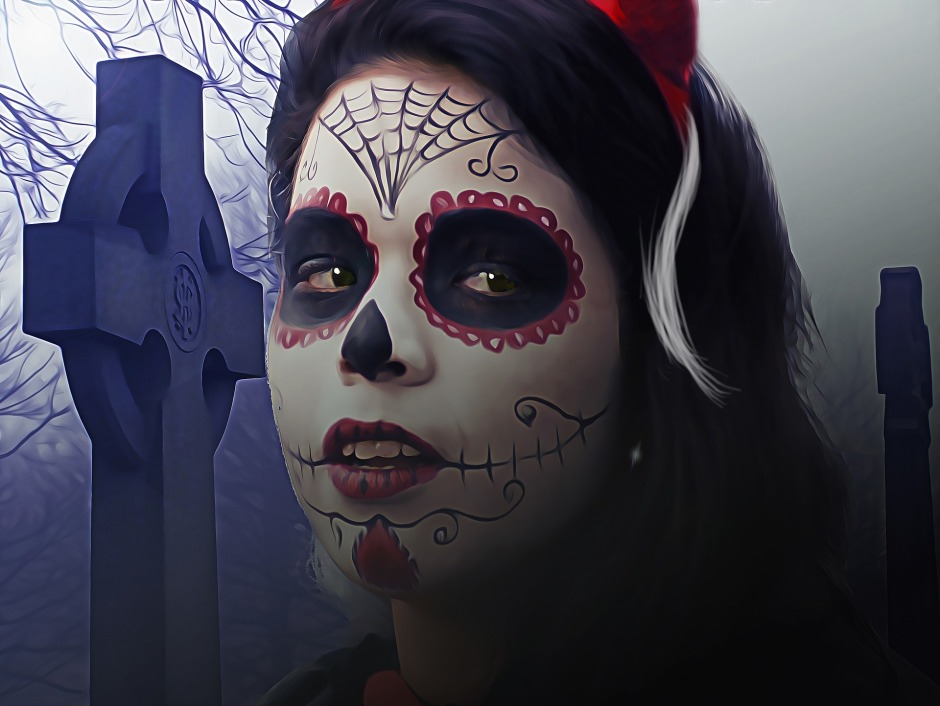 True story. Eight years ago I had a really bad manic episode where I became seriously psychotic. I fell in love with a spiritual teacher in America and this whole make believe relationship evolved. In my head he had magical powers. I would hear him talking to me and feel him making love to me. It was so real. But I was so poorly.

I could feel you, my love
But they said you weren’t there
They said it was all in my head
I was unwell
You were one I lived and breathed for
I was dancing with the dead
Mind wide open
Eyes wide shut
Fucking a man who lived in my psyche
Like some kind of rapturous, spiritualist slut
That the churches hate but the devil likes

Relationships are not easy
Maybe I needed someone to hold me
Someone to tell me it was ok
That I was ok
Some full on physical contact
To caress my lonely flesh
To satisfy me the way only
My lonely, aching soul knows best
You were half of my soul
A twin flame
You breathed in another continent
But your lungs belonged here
You had your spiritual fame
New Age spouting from a magnetic mouth
And for all of this shit you put the blame
On me
On my fifty shades of all kinds of crazy

I believed that through enchanted eyes
You watched me
You shifted the laws of the universe
To be with me
You spoke to me in my telepathy head
In stereotypical, happy storybook endings
Through some kind of
Screwed up mystical internet

Then I crashed like a game of Jenga
Tears of fear and desperation
Blown around like dandelion seeds
In a Salvador Dali surrealist creation
Trying to hold on
But my grip on reality was too weak
And my hands, my poor, weak hands